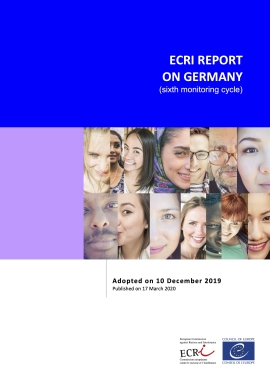 The European Commission against Racism and Intolerance (ECRI), established by the Council of Europe, is an independent human rights monitoring body specialised in questions relating to the fight against racism, discrimination (on grounds of “race”, ethnic/national origin, colour, citizenship, religion, language, sexual orientation and gender identity), xenophobia, antisemitism and intolerance. It is composed of independent and impartial members appointed on the basis of their moral authority and recognised expertise in dealing with racism, xenophobia, antisemitism and intolerance.

In the framework of its statutory activities, ECRI conducts country monitoring work, which analyses the situation in each of the member States of the Council of Europe regarding racism and intolerance and draws up suggestions and proposals for dealing with the problems identified.